The team at Bowes-Lyon Partnership is always on the look out for impressive locations to suggest to our members to go on a date.  We’d like to share with you a fantastic round up of some incredible eateries around London, all of which have been opened in the last 12 months.  So if you’re looking for an impressive location to go on a date or if you’re a bit of a foodie, then look no further than the recommendations below!

2011 started with a bang in January with Heston Blumenthal’s first foray into the London restaurant scene at the Mandarin Oriental with Dinner by Heston. ‘Dinner’, one of the most anticipated restaurant openings of recent years, received immediate acclaim by critics, collecting its first Michelin Star in the 2012 UK Michelin Guide later in the year. The signature ‘Meat Fruit’ is worth a visit alone.

Quiet Chiswick High Road is not renowned as a cultural hotspot, but perhaps that’s why Mikael Jonsson chose it as the location for Hedone, his first restaurant project. The Swedish ex-lawyer turned Chef is not afraid to challenge people’s assumptions and since opening in July 2011, Hedone has not only challenged, but surpassed expectations. 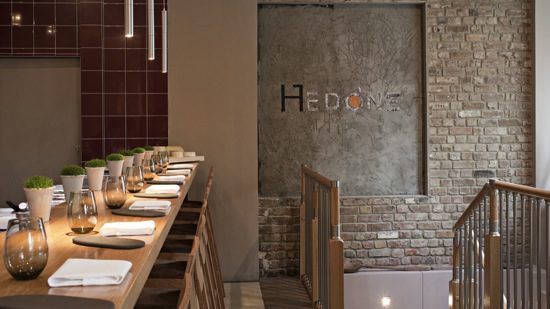 Critics and Chefs alike have flocked to try some of the most unusual and triumphant dishes on the London restaurant scene, and with a three-week waiting list for tables, one to book ahead.

The team behind the acclaimed Garrison and Village East in Bermondsey opened the Riding House Café, an all day Brasserie offering a selection of small plates to share as well as traditional main courses in Fitzrovia. The restaurant has a great vibe and a ‘buzzy’ bar area too. 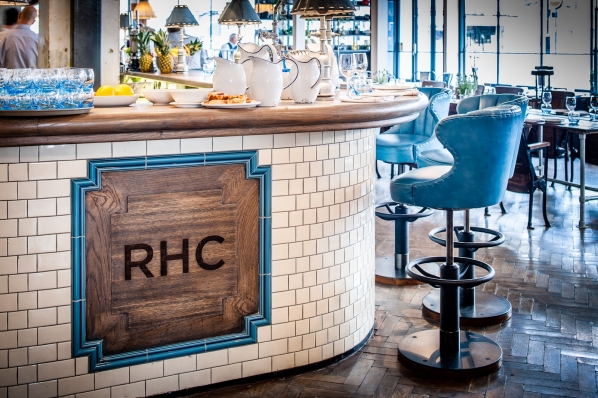 Spuntino was one of three new ventures in 2011 from the team behind Polpo and Polpetto, the successful Venetian ‘bacaros’ in Soho. Spuntino also features sharing plates, but inspired by New York instead of Italy, with its various sliders and Mac’n’Cheese being stand-out dishes. Like its sister restaurants, Spuntino has a no reservation policy, so expect to queue as this place is still very popular.

Jason Atherton, formerly of Gordon Ramsay’s Maze, opened Pollen Street Social in Mayfair, and it has quickly risen to become one of London’s most popular restaurants, also collecting its first Michelin star towards the end of the year. The restaurant is a modern, relaxed take on a ‘fine dining’ restaurant.

Massimo Restaurant & Oyster Bar is a Mediterranean restaurant specialising in seafood, in The Corinthia Hotel, located between Trafalgar Square and Embankment. The head chef, Massimo Riccioli, comes from the celebrated La Rosetta in Rome.

The main dining room, designed by David Collins, is truly stunning. The restaurant also features an oyster and crustacean bar and The Chef’s Table caters for up to 18 diners with its own dedicated kitchen where Massimo Riccioli cooks for guests.

Continuing with London’s interest in steak restaurants, ‘Cut’ opened in the new 45 Park Lane hotel, the latest hotel from The Dorchester Collection. 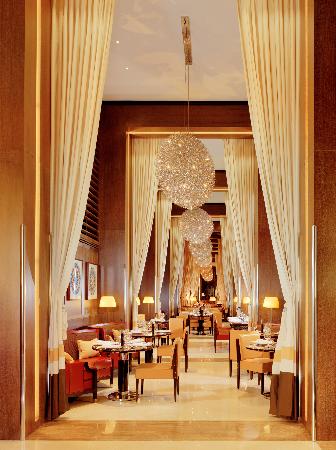 ‘Cut’ is a restaurant by Wolfgang Puck, the celebrated US chef, who opened the original ‘Cut’ at the Beverly Wilshire hotel in Beverly Hills in 2006. The London outpost serves excellent steaks in a suitably glamorous dining room.

London has seen the addition of some great Spanish restaurants, starting the year with the Opera Tavern, a ‘restaurant and tapas bar’ in Covent Garden from the team behind Salt Yard and Dehesa.

Located in a renovated pub, the restaurant retains some of the building’s original features, and the exposed bricks and low lighting create a relaxed, intimate feel.

The Ignite Group opened Senkai, a modern Japanese restaurant on the former ‘Cocoon’ site in the West End. The restaurant features a signature ‘raw bar,’ which seats 20 people and offers seafood platters, tiradito and tataki dishes and ceviche, as well as dishes from a robata grill.

There is also a relaxed cocktail lounge, which has a feature wall of Japanese prints, seating up to 50 people with a drinks menu of contemporary and classic cocktails and bar food.

The last few weeks of 2011 have seen a flurry of new restaurants that could be the ones to watch for 2012, but we thought it was too early to include them in the ‘best of 2011? list as they have not had enough time to establish themselves properly.

The Delaunay, sister restaurant to The Wolseley from restaurateurs Chris Corbin and Jeremy King, has recently opened on the corner of Drury Lane and Aldwych. The restaurant is open seven days a week – until midnight from Monday to Saturday and 11pm on Sunday – serving breakfast, afternoon tea, and à la carte lunch and dinner menus ‘inspired by the grand cafés of Europe’.

Caprice Holdings has launched ’34’, a restaurant located just off Grosvenor Square in Mayfair. 34 is the group’s first restaurant launch and will add to its portfolio, which includes The Ivy, J Sheekey’s and Scott’s. The restaurant specialises in meats and seasonal game but also offers ‘lighter dishes, fish and shellfish’.

Kitchen Joel Antunes, a 95-seat restaurant with a 40-seat terrace, has opened at Embassy Mayfair, offering a Provençal-based menu from chef Joel Antunes, with a late licence until 1:30 am.