Home › Articles › They married their first love. Now, divorced and lonely, they’re the new generation of women who don’t know how to date…

They married their first love. Now, divorced and lonely, they’re the new generation of women who don’t know how to date…

The dating game can be a tricky and unfamiliar business, which is why we make it our business at Bowes-Lyon Partnership to do the leg work for our members, making the experience as it should be…one of enjoyment and fun! This article by The Dail Mail’s Marianne Power explains the situation that many women across the country find themselves in. If you can relate to this, rest assured, you’re not alone!

Jennifer Lee was understandably excited when she bumped into an old school crush at a party. Newly single, after ending an 11-year relationship, she jumped at the chance of a bit of romance and was encouraged when he seemed to reciprocate.

For the rest of the night they flirted, until her old flame leaned in to kiss her.

The next week, Jennifer showered her new love interest with calls and texts. Then she arranged to visit him for the weekend and started to make plans for what they could do. 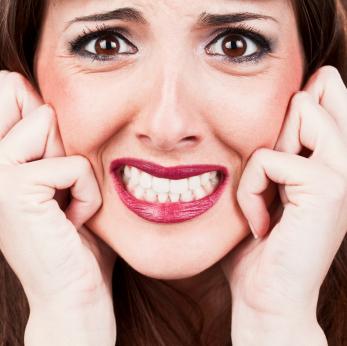 Another world: Women who find themselves single again after years in a relationship are unfamiliar with dating etiquette

‘That’s when he went cold,’ says the 28-year-old advertising executive from Stockport. ‘I started to get short replies to texts and he didn’t seem keen to chat on the phone. I didn’t pick up the signals — as far as I could see, it was going well. But then he dumped me. I was stunned.’

Jennifer made a classic dating error — she’d come on too strong, too quickly. She’d slipped into the kind of intimacy she’d shared with her former boyfriend.

‘When you get into the routine of texting and calling someone every day, you fall back into it,’ says Jennifer. ‘I even made jokes about moving in together. I cringe when I think about it, but I had no idea how to behave — I’d never been on a date in my life.’

Jennifer is one of a growing number of women who don’t know how to date. Many have spent their formative years in a long-term relationship, moving in with their boyfriends in their 20s and suddenly find themselves single for the first time in their 30s.

Others emerge, shell-shocked, from long marriages, having only ever ‘dated’ their husbands.

And it’s very different out there. Internet dating, speed dating, blind dating, playing hard to get and following the rules — it’s all a far cry from falling in love with your school sweetheart.
For Joanne Cox, 43, whose 23-year marriage ended two years ago, it’s overwhelming.

She said: ‘I met my husband when we were 16 and we got married at 18. I thought I’d found love for the rest of my life until he decided to end it. Now, I’m middle-aged and single, something I could never have predicted. It’s horrible.

‘It’s like being back at square one, but it’s worse because all my friends are married with families, so they don’t want to go out.

‘But even if they did, it seems people don’t meet like that any more. I never dated when I was a teenager, so how on earth am I supposed to do it now?’

Dating expert and behavioural psychologist Jo Hemmings agrees it can be bewildering. ‘You have to think of new ways to build up confidence and get out there — and online dating is a great way to do that. Just take it slowly.’

However, for women like Joanne, posting your most personal details online for thousands of strangers to see is an alien concept.

‘When my 16-year-old daughter told me I had to sign up to websites because that’s how everyone meets people, my first reaction was, “No way,”’ she says.

‘I thought I was too old for all that. And then there was part of me that thought: “I’m better than this.” But the alternative is being alone for the rest of my life, and no one wants that.

‘So I signed up to Match.com and a transatlantic dating site called iloveyouraccent.com because I’d always enjoyed travelling to the U.S.

‘Filling out the forms was hard. When your confidence is at rock bottom after a relationship ends, the last thing you want to do is be honest about yourself.’ 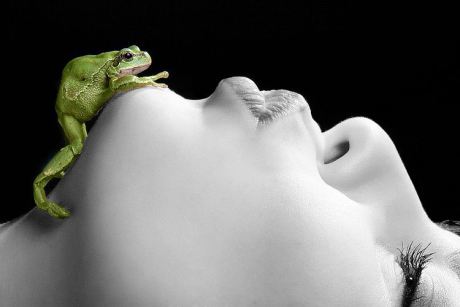 Don’t give up: As the saying goes, you have to kiss a lot of frogs to find a prince.

Indeed, filling out an online profile is such an art that there are companies which will write your profile for you and take professional pictures. People take online dating as seriously as a job application — a smudgy snap won’t cut it.

‘The first photo wasn’t good enough,’ says Joanne. ‘So, I got advice about how to style my hair and what make-up to wear. It made a huge difference and I started to get a lot more responses. Having people say you look lovely in your photo is a real confidence boost.’

But putting up your profile is only the beginning — you’ve also got to go on a date, finding the courage to meet a stranger after years of being with someone you know intimately.

‘I bottled my first three dates,’ she says. ‘I got ready, sat on the bed and just thought: “I can’t do this.”

‘I worried that he wouldn’t show up or he’d be awful. I even worried about people looking at us and knowing we were on a first date. I’d met my two previous partners through friends, so this was my first time on the dating scene. I didn’t know what to do or how to behave.

‘It’s not so much talking to strangers that I find hard — I do that all the time in my job — it’s getting used to the fact it’s all a bit of a game and people aren’t who they say they are. And then how do you say you’re not interested without hurting people’s feelings?

Internet dating: It may seem like a minefield but consider it as like shopping, sometimes you come away happy and other times empty-handed.

‘Then last week I went out with a guy, but didn’t feel there was anything there. He went in for a kiss, but I jumped in my car and drove away. I didn’t know what to do.

‘Now I’m texting three men. It doesn’t seem right, but I’m told this is what everyone does. And I’m aware that this is what the guys are doing, too, playing a numbers game, so it’s hard to have faith in what they say.’

But the message from dating experts is that even when it seems difficult, you’ve got to keep going.

‘Dating is a skill and the more you do it, the better you get,’ says Paula Hall from online dating site Parship.com.

‘You’ve just got to get out there and don’t give up. That annoying cliche your mother told you about kissing lots of frogs is true — you’re never going to hit the jackpot straight away.’

Jo Hemmings has this advice for new daters. ‘When you’re arranging to meet someone for the first time, make sure it has a definite end. Say you have to meet a friend at 8.30pm so you can stay just an hour. This might take the fear away — anyone can get through an hour.

‘And don’t be afraid to email someone the next day to say you had a lovely time, but that you didn’t think there was a spark. I’ve met too many people who carry on seeing someone because they don’t want to be cruel, but that’s not fair to either of you.

‘On the other hand, don’t be too quick to dismiss someone. If in doubt, give them a second date.’
Until you find someone, it’s important to enjoy the process, says Paula.

‘It’s a lot like shopping. Sometimes you’ll find something fantastic; other times you’ll come home empty-handed. But either way, you can have fun looking. Above all, keep a sense of humour.’

After a few months of online dating, Jennifer Lee agrees. She’s had a few fun evenings and is feeling less anxious about her situation. 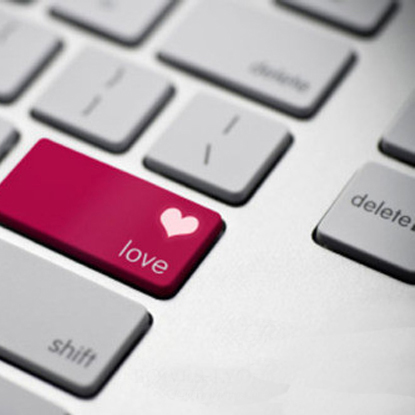 ‘I’ve just started dating a guy who I met online and it’s going well. Who knows what will happen, but I’m enjoying myself,’ she says.

‘When you’re in a long-term relationship, you think that all the good guys have been snapped up, but they certainly haven’t. You’ve just got to put yourself out there.’

Joanne Cox agrees. After six dates and lots of emailing with potential matches, her confidence is growing.

‘It’s nice just chatting to someone online about your day. I have to remind myself I’ve just come out of a 23-year marriage, so the last thing I need to do is go straight into another long-term thing. I’m learning to enjoy it all, even if it sometimes seems a bit ridiculous.’

HOW TO FIND LOVE AGAIN
1. Get out there: It might be terrifying, but you need to broaden your social horizons. Go online, join a sports club or go to a speed-dating night. You won’t find love in your living room.
2. Revamp your image: Ask a good friend to appraise your style. Do you need to get a new haircut or trendy clothes? If you are going online, ask a friend to help you pick your best photos (and write your profile).
3. Learn to flirt: Years in a relationship mean you’ve stopped, so practise, practise, practise, even if it’s with the man in your local newsagent. Ask questions, look interested and compliment people.
4. Every opportunity is a dating opportunity: Whether it’s in the office, on the train or at a friend’s birthday, learn to open your eyes. There are potential partners all around us — it might even be someone you have known for years, but have never considered until now.
5. Don’t be too picky: While it’s good to have three non-negotiable must-haves in a potential partner (perhaps intelligence, sense of humour and a shared interest), no one is perfect, including you. If in doubt, go on a second or third date, but don’t keep seeing someone just because you don’t want to hurt their feelings.