Dating Truths from Men to Women – from Bowes-Lyon Partnership 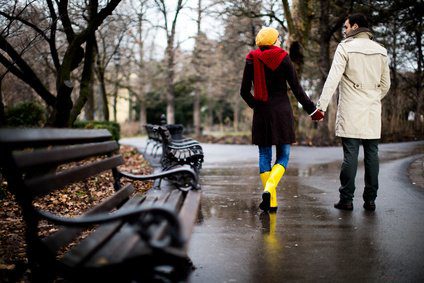 The world of dating can be nerve-wrecking at the best of times, with many people wondering about how their match will perceive them and how their date went.  Women in the dating world often need to develop a thick skin to deal with matches who aren’t interested or dates that didn’t go well. It may be uncomfortable, but we’ve put together a list of the dating truths that women often don’t want to hear – brace yourself, ladies!

One of the most common reasons why matches don’t quite make it past the first date is very simple. Men are visual beings, and they make instant decisions on matches based on the level of attraction to a woman – often the reason why a second date never materialises is because a man feels the initial attraction was absent. Men tend to have a certain ‘type’, and if a woman doesn’t quite fit with it, he will be more reluctant to give the date a chance. The advice we’d give to women in this situation is simple: brush yourself off, and move onto the next date. You are someone’s type – and at Bowes-Lyon Partnership, we’ll help you find that person.

We often talk to clients of ours who are worried about their match’s communication skills. We’d like to paraphrase from the famous movie here: if he’s not calling you, if he’s not asking you out, if he’s not making an effort to see you or spend time with you – he’s just not that into you. Men will get in contact if they are interested, so don’t sit around for weeks after a date wondering why he didn’t call or waiting by the phone. Get back on the horse and back into the dating game.

Getting together with friends after a date and trying to decode everything a man has said is undoubtedly a fun ritual, but there’s really no need to go into such depth and detail. Men rarely play games, and often say exactly what they mean. There’s no agenda, less worrying about how women will react if they say a certain thing – there are no hidden messages or secret codes that women need to crack. Take everything he says at face value and try not to overanalyse.

Next week we’ll be continuing with this series, with some dating truths from women for men – have you got any suggestions? Leave them in the comments below!