A round-up of the year’s dating and relationship trends from popular men’s website AskMen.com has revealed a number of interesting statistics, especially for those looking for lasting love. The Great Male Survey discovered what men truly think of first dates, what they believe attracts women and how truly comfortable they are with a partner’s male friends. Here are some of the most revealing statistics from the survey.

A huge 48% of the men surveyed by AskMen.com believe that a sense of humour is the best way to attract a woman, but the shoe is on the other foot when they were asked about what they looked for in a woman they considered to be ‘marriage material’. A large percentage of the men surveyed admitted that a sense of loyalty and being able to trust a woman is one of the most important things they look for in a potential life partner, over their ability to care and nurture, and their sense of humour. Do men like to be the ‘funny’ ones in relationships?

The survey is also great news for women in elite professions with high-powered careers. 82% of men said that they would happily be in a relationship with a woman who made more money than them, with more than half of those men saying that prenuptial agreements were unnecessary. The myth that men are threatened by powerful and successful women is finally being put in its place.

However, this doesn’t stop men from feeling threatened by other men. Almost half of men feel uncomfortable if their female partner has too many male friends, and an insecure minority of 12% of men admitted to breaking into their other half’s email account to check up on their private communications.

Lastly, and more positively, over one third of the men polled said they firmly believe in soulmates, and said that they actively seek her out on every date they go on; great news for the women out there searching for long-lasting commitment. 60% believe that a couple should live together before they are married, and 35% of men also felt that there is no age limit to when a man should get married. This significant cross-section of men is great news for the women out there who are searching for true love; one-third of the men surveyed are looking for their soulmate and don’t care how long it takes to find them. 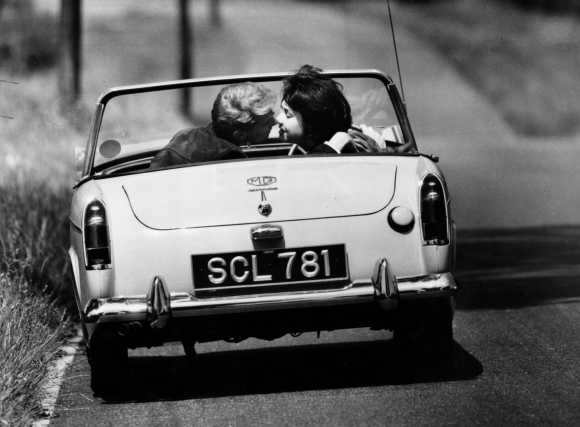