Arguments in Relationships: Why They Aren’t Always a Bad Thing and How to Resolve Them Successfully 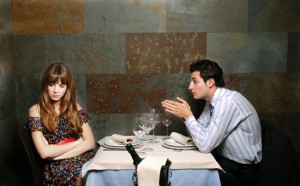 Some couples may thrive off friction for a while but, like any heightened state (whether one that is volatile or a honeymoon period), it isn’t sustainable.

In the most recent couples research done at the renowned Gottman Institute in the US, researchers have found that it isn’t how often couples fight, but the way they resolve their conflict that predicts relational success. Arguments are a sign of an honest relationship and are healthy (and inevitable) from time to time – it’s the way those differences are resolved that matters the most.

According to researcher John Gottman, marital conflicts fall into two categories: solvable and perpetual. Perpetual conflicts show up over and over again. They will probably never disappear from your relationship because they come from differences in personality, and are present in every pairing. As one psychologist said, when you choose a life partner ‘you will inevitably be choosing a particular set of unsolvable problems that you’ll be grappling with for the next ten, twenty or fifty years.’

Fortunately, you don’t have to solve perpetual problems to have a happy partnership – the key is to not let them take over your relationship and frankly just accept that you and your partner will always agree to disagree on certain matters.

In regards to your solvable problems, in his book The Seven Principles for Making Marriage Work, Gottman recommends six steps to resolving solvable types of arguments.